Why We Launched Drive Smart MS

In the past three years, there has been a 14 percent increase in traffic fatalities statewide. In 2016, 690 people lost their lives on Mississippi roads.

To combat this fatal trend, we launched this website with resources for drivers to take action and do their part to help reduce the number of fatal crashes in the state. GoMDOT.com/DriveSmartMS includes videos that teach drivers how to navigate work zones and intersections, and other roadway safety tips.

“Our goal is zero traffic deaths on Mississippi highways,” said Melinda McGrath, P.E., MDOT executive director. “DriveSmartMS is a resource for the traveling public aimed at increasing awareness and safety. Even one traffic fatality in Mississippi is too many.”

According to the National Highway Traffic Safety Administration (NHTSA), 94 percent of crashes are caused by human error. One of the most important safety steps drivers can take is simply paying attention, especially in work zones where road conditions may change quickly.

Work zones are an integral part of MDOT’s efforts to improve the public’s driving experience. Navigating work zones is vital to the safety of both the driver and the highway worker. In the past three years, 20 people were killed in work zone crashes on Mississippi highways. Of those, three were highway workers. Nationwide, 85 percent of work zone traffic fatalities are drivers and passengers.

The most common work zone crashes are rear-end collisions when drivers run into the back of slowing or stopped vehicles. These wrecks occur more often on roads with higher speed limits.

“Whether it’s our workers or the traveling public, safety is MDOT’s number one priority,” McGrath said. “When entering a work zone, slow down and pay attention. Drivers play a vital role in improving work zone safety and moving Mississippi toward zero deaths on highways.

When driving through a work zone, drivers should heed traffic signs and follow instructions from flaggers. In work zones with lane closures, drivers should merge well before the lane ends. Workers and equipment may be present just feet away from traffic and could enter the traveling lane without warning. At DriveSmartMS, visitors learn about work zones, road signs and safety tips to ensure they not only make it home safely to their families, but MDOT workers also make it home safely to theirs.

While all our projects aim to improve safety for road users, certain roadway or intersection improvements such as roundabouts, rumble strips and cable barriers are specifically designed to help reduce crashes and lessen the severity of crashes when they occur.

• Median cable barriers along divided roadways prevent vehicles from crossing the median and traveling into oncoming traffic in the opposite direction. Cable barriers absorb collision forces and reduce the impact on vehicle occupants, lowering the number of fatal and injury crashes.
• Shoulder rumble strips warn drivers when they have drifted from their lane. In one study, crash frequency dropped 36 percent on rural two-lane roads and 17 percent on rural highways when rumble strips were present.
• Roundabouts reduce fatal collisions by 90 percent and limit the chances of high-speed impacts. The continuous, one-way flow of traffic has fewer points of conflict than traditional intersections.

Other roadway improvements, such as, J-Turns, Diverging Diamond Interchanges and Continuous Flow Intersections, may be unfamiliar to some motorists. DriveSmartMS provides resources for Mississippians to learn how to use these safety features.

While we strive on a daily basis to improve safety on state highways, motorists should take safety into their own hands by paying attending and slowing down. Speed was a factor in 12 percent of traffic fatalities in 2016. Distraction was cited in over half of all fatal crashes involving teens. Alcohol was a factor in nearly 20 percent of fatal crashes. Half of the people killed in crashes last year were not wearing their seat belt.

“Seat belts are proven to increase the safety of drivers and passengers,” McGrath said.

In addition to buckling up, drivers should:

· Minimize distractions,
· Leave a safe distance between other vehicles,
· Obey the posted speed limit,
· Be patient, especially in work zones,
· Put down the phone,
· Find a designated driver, and
· Watch out for cyclists and pedestrians.

To learn more about work zone safety, infrastructure improvements and safe driving tips, check out the Work Zone Safety section of the site.

“This free resource will help Mississippians drive smarter and more prepared so everyone on Mississippi’s roadways makes it home at the end of the day.” 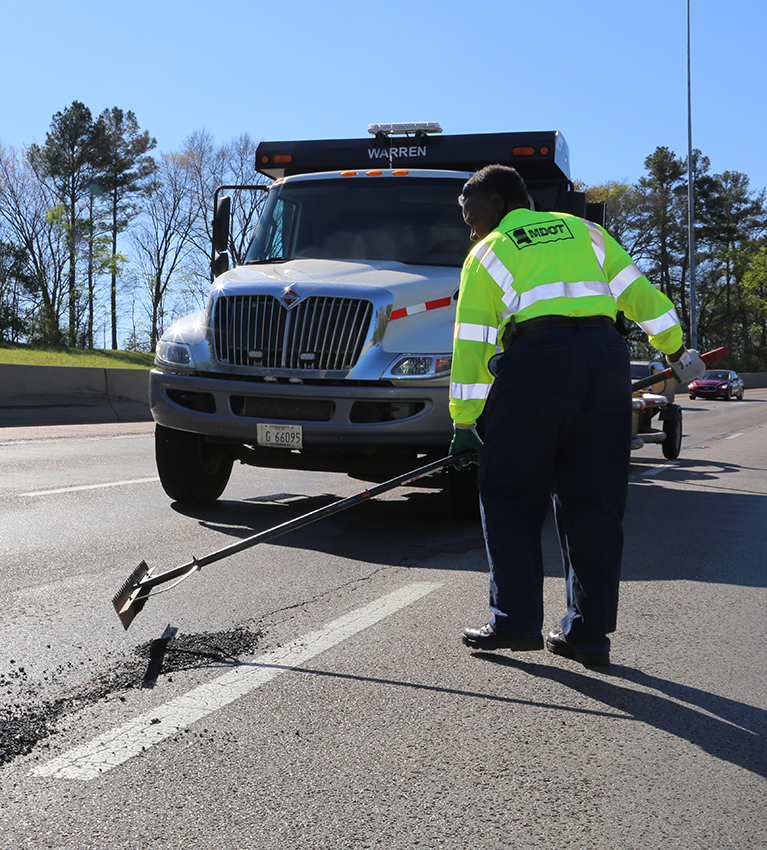 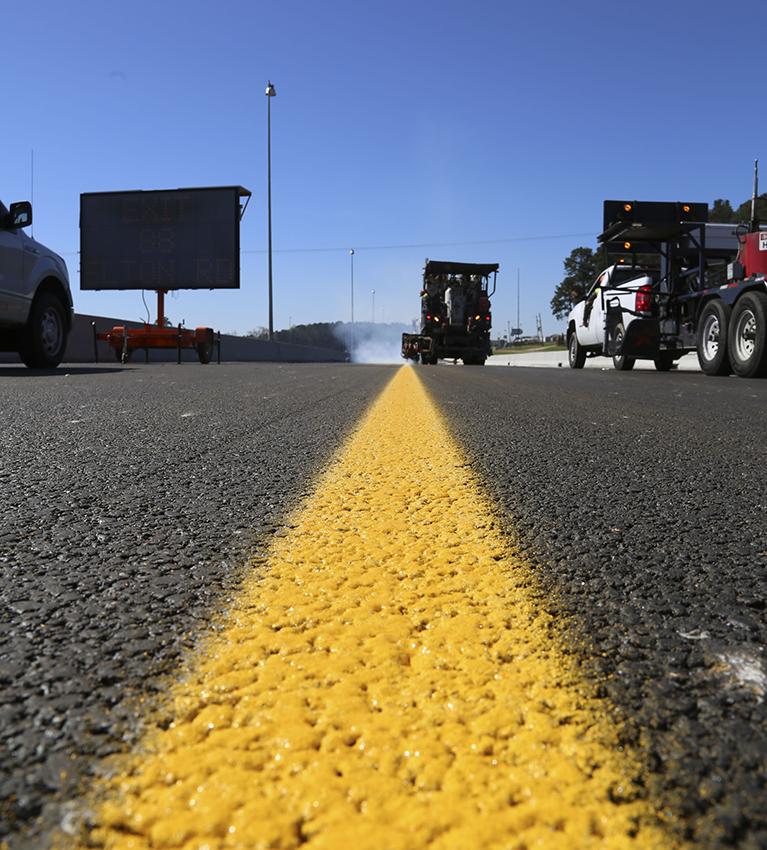 Knowledge key when it comes to work zone safety 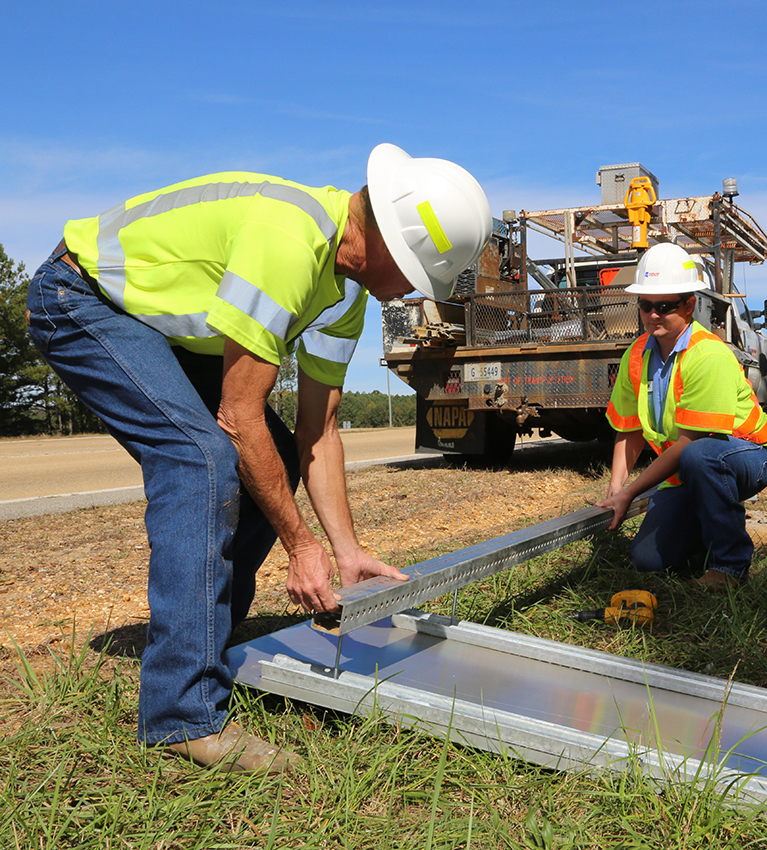